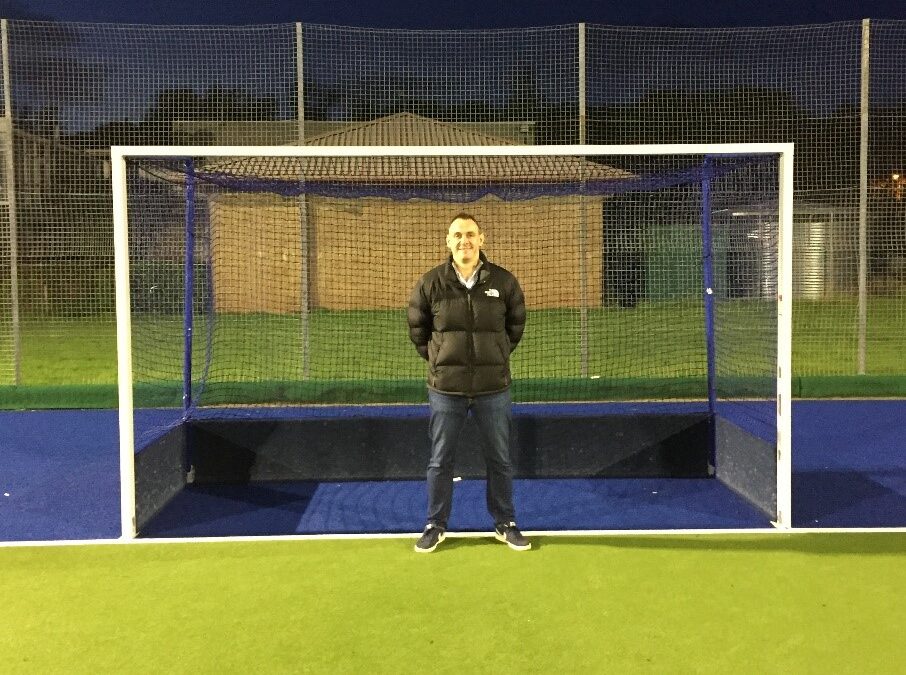 Established in 1898, Western Wildcats is one of the oldest and most successful hockey clubs in Scotland – and also one of the only clubs with their own pitch!  4 years ago the club raised £450,000 to install what Club President Alastair Scott describes as “the best pitch in Scotland”. To maximise the lifespan of their investment, and to keep the synthetic surface performing at its best, Alastair recently enlisted the help of Replay Maintenance.

The pitch is used all the time, with 8 men’s and women’s teams, junior teams of all ages from 8 to 18 as well as local schools and community groups calling the club their home. They are also the only club with both men’s and women’s 1st teams in European play-off places. “It really is non-stop which causes a lot of wear on our surface” explains Alastair, who like many of the staff at Western Wildcats run the club on a voluntary basis. The installation of a water-based hockey pitch was a huge investment for the facility and to get the value from it, they understand the importance of maintaining it. “On top of the heavy usage, here in Scotland it’s also often wet meaning we sometimes have problems with drainage.” To compliment the in house brushing and sweeping conducted by Alastair’s volunteer grounds team, they called in synthetic maintenance specialists Replay Maintenance.

“We had Replay in a year or so ago to do a small clean of the pitch which is when they recommended we consider a full, deep clean of the surface every 3-4 years.” As the surface was 4 this summer, Alastair decided it was the right time for Replay to conduct a deep clean using their unique AquaTrax unit. AquaTrax combines pressure washing and vacuum extraction to remove accumulated contamination, dirt and algal growth from unfilled or water-based hockey surfaces. It also finds a home in the maintenance of polymeric athletics tracks.

“The work Replay carried out was outstanding. They advised it can take up to 4 days to do the job but knowing we had a tight window of opportunity to get them in, they managed to complete it in less than 3 which was fantastic. The 1st team played on the surface the night the works were completed and both the coach and the captain said how beautifully the pitch played, as good as it ever had. It’s effectively given us a new pitch!” From here Alastair will keep an eye on the surface but wouldn’t hesitate to have Replay conduct a small or deep clean whenever the surface demands it.